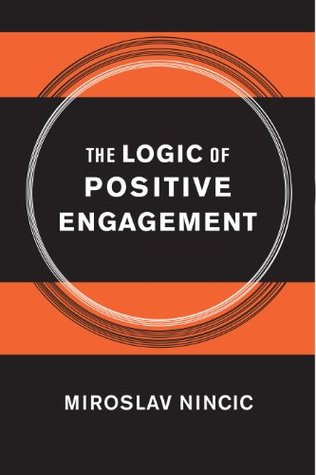 Recent American foreign policy has depended heavily on the use of negative inducements to alter the behavior of other states. From public browbeating through economic sanctions to military invasion, the last several presidents have chosen to use coercion to advance U.S. interests when dealing with adversaries. In this respect, as Miroslav Nincic notes, the United States differs from many of its closest allies: Canada has long maintained diplomatic relations with Cuba, and several of the European democracies have continued diplomatic engagement with governments that the United States considers pariah regimes.

In The Logic of Positive Engagement, Nincic outlines the efficacy of and the benefits that can flow from positive rather than negative engagement.Nincic observes that threats and punishments may be gratifying in a symbolic sense, but that they havent affected the longevity or the most objectionable policies of the regimes against which they are directed.

He examines the record with regard to long-term U.S. relations with Cuba, Libya, and Syria, and then discusses the possibility that positive inducements might bring policy success to current relations with Iran and North Korea.

Comments
Comments for "The Logic of Positive Engagement":